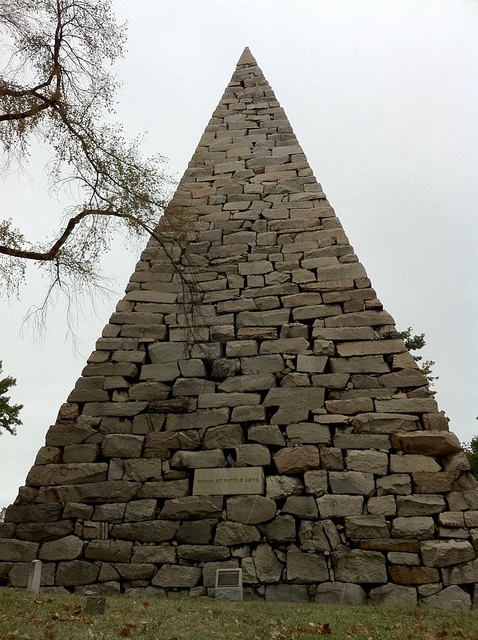 Re-posted from NextBillion Blog, Next Thought Monday: Who Will Grab the Fortune at the Base of the Pyramid?

by Paul Polak and Mal Warwick

In a recent post on NextBillion, Stuart Hart, who

coauthored The Fortune at the Bottom of the Pyramid with C.K. Prahalad, wrote with concern about the potential of creating disruptive innovations for poor customers that can trickle up to Western markets. He fears “the risk that corporations [will] gradually come to view the world’s slums and rural villages primarily as laboratories for incubating innovations for the rich.”

We don’t believe Professor Hart has anything to worry about — because major corporations have demonstrated no meaningful interest in the bottom-of-the-pyramid market. And we don’t think they’re likely to do so in the future, either.

It’s highly unlikely that any product or service explicitly designed to address the needs of the world’s poorest people could be put to wide use in North America or Europe. The problems of the poor — 70 percent of whom live in rural areas — are not the problems faced by those who live in the West. Most of the poor work some 500 million farms of five acres or less. With rare exceptions, their most urgent needs include irrigation to grow their crops and financial services that allow them to smooth out the ups and downs in their income and feed their families in lean times. In rural and urban areas alike, what we regard as the necessities of life are too often lacking: shelter fit for human habitation; a variety of nutritious foods; safe drinking water; electricity; quality education; affordable and responsive healthcare. Some of these problems that underlie the need for radically affordable, disruptive innovations for poor customers exist for the rich as well, but the products and services based on those innovations require radical re-design to fit the specific context of their wealthy counterparts. It’s hardly likely, then, that any profit-centered corporation would go squander its resources at the bottom of the pyramid even if its leadership were inclined to do so. As a philanthropic effort, perhaps, or in connection with its commitment to corporate social responsibility — but not in search of profit.

It’s also important to note that we believe Prahalad and Hart’s conception of the bottom of the pyramid was based on a fundamental misunderstanding of poverty. In their article in the Harvard Business Review that introduced the concept, they defined the “bottom” as those living on $1,500 per year or less. Here is their original definition:

That $1,500 per year translates into slightly more than $4 per day in 2002 dollars, when their article was published, and to over $5 per day in current dollars. However, the most widely accepted global poverty line is $2 a day per person. Between those two income levels lies a vast difference in circumstances representing markedly different market needs and opportunities. Moreover, most of the case studies included in The Fortune at the Bottom of the Pyramid described businesses serving what are essentially middle-class customers in developing countries, many of them selling products and services to those earning substantially more than $4 a day. The true bottom of the pyramid are the 2.7 billion bypassed customers in the world who live on $2 a day or less. They represent the greatest challenge —and the greatest opportunity — for creating new markets and earning new profits at scale.

But not profits for the world’s existing multinationals.

Paul Polak (one of the authors of this article) has spent the last 30 years interviewing 3,000 $1-a-day families and designing market-based solutions to poverty based on what he has learned from them. As a result, iDE (International Development Enterprises), the organization he founded in 1981, has enabled some 20 million, $1-a-day customers to earn enough new net income to essentially move out of poverty — permanently. The key to success in these efforts was to harness the energy of thousands of small village-based enterprises to act in their own self-interest by manufacturing, marketing, and installing radically affordable, income-generating tools such as the treadle pump.

In the process, Paul had direct experience attempting to persuade large corporations to start designing products and services that could profitably serve customers living on $2 a day or less. In this he failed miserably. For example, one-acre farmers in Asia and Africa desperately needed — and still need — affordable small-plot drip irrigation technology, but when he tried to persuade the largest drip irrigation companies in the world to enter this market, they turned him down flat. Inevitably, he concluded that most multinational corporations prefer not to serve $2-a-day customers. Why? Because (1) they don’t feel they can earn attractive profits in this space; (2) they don’t have a clue how to design radically affordable products and services that are attractive to poor customers; and (3) they haven’t found ways to cross the last-mile distribution barrier and make a profit.

Mobile phones are the one exception to this pattern. Most poor people in the world now either own a mobile phone or have access to someone who does. This sudden new reality created a revolution in communication for $2-a-day customers, but it was largely home grown enterprises, not multinational corporations, that spread the technology within emerging nations. Furthermore, the most promising innovations to result from the widespread availability of mobile telephony—such as the M-PESA system of funds transfer by text messaging in Kenya—were local innovations, not invented in the West.

During the past four years Paul has had many positive relationships with multinational corporations. He has found them to be extremely receptive to help design radically affordable products for $2-a-day customers. For example, General Mills collaborated with him in designing a nutritious soft drink that could be sold for a nickel, and aeronautical engineers volunteering at Ball Aerospace have now designed a solar water pump that cuts the cost of conventional solar photovoltaics by 80 percent. However, he has been unable to persuade either of these two companies—or, for that matter, any other large corporation—to undertake any effort to create new markets that serve $2-a-day customers.

Paul’s many friends who are corporate leaders have advised him that the best way to involve big corporations in the $2-a-day market is to create new enterprises himself. Persuading a corporation to invest capital and human resources in businesses serving poor customers, they said, is a task equivalent to asking for an oil tanker to execute a 90-degree turn. Consequently, Paul has spent the last four years creating four model companies for a new breed of multinationals serving the bottom of the pyramid (as we define it). Each of these new companies is designed to transform the livelihoods of at least 100 million $2-a-day customers, generate $10 billion in annual revenues, and earn sufficient profit to attract international commercial investors.

For example, one of the four companies Paul is incubating with his colleagues is a company designed to transform agricultural waste into a low-carbon-emitting, economically attractive substitute for coal and charcoal. European utilities, which are under pressure to reduce carbon emissions, have invested hundreds of millions of dollars in building plants utilizing timber by-products and a process called torrefaction (essentially, roasting them in an oven)—at a cost of between $10 million and $40 million each. But the majority of agricultural waste and invasive species of plants is found in scattered rural locations in many of the same places inhabited by the world’s $2-a-day customers. So the new energy company we’re creating is in the process of designing a $25,000 torrefaction plant to be located in villages with a four-kilometer collection radius. Each of these plants is designed to earn $1,000 a day from the sale of approximately seven tons of torrefied briquettes—a huge boost to the villagers’ income.

The key problem shared by Nova Scotia’s timber industry and $2-a-day villagers in India is the high cost of collecting biomass waste in its bulky, low-density form. If our torrefaction company is successful, this disruptive, radically affordable innovation can be migrated upwards, but only by redesigning the technology from the ground up to take into account the much higher labor rates in the West. Instead of a $25,000 torrefaction plant, it may be possible to design a $300,000 torrefaction plant for Nova Scotia. Maybe.

Prahalad, Hart, and others have made a giant contribution to ending poverty by pointing the way to a market-based solution that engages Big Business. What remains is to refocus the base of the pyramid on $2-a-day customers who represent the biggest challenge and the greatest opportunity for creating profitable new virgin markets. The success of the new breed of frontier multinationals conceived to serve them is likely to create systematic moves up-market applying the same principles. But just as it’s not possible for a corporation to make cosmetic changes to product lines serving the rich and sell them to the poor, it is not possible to make cosmetic changes to products and services successfully serving poor customers and expect them to be applied to markets serving the rich.

An Open Letter to Larry Page